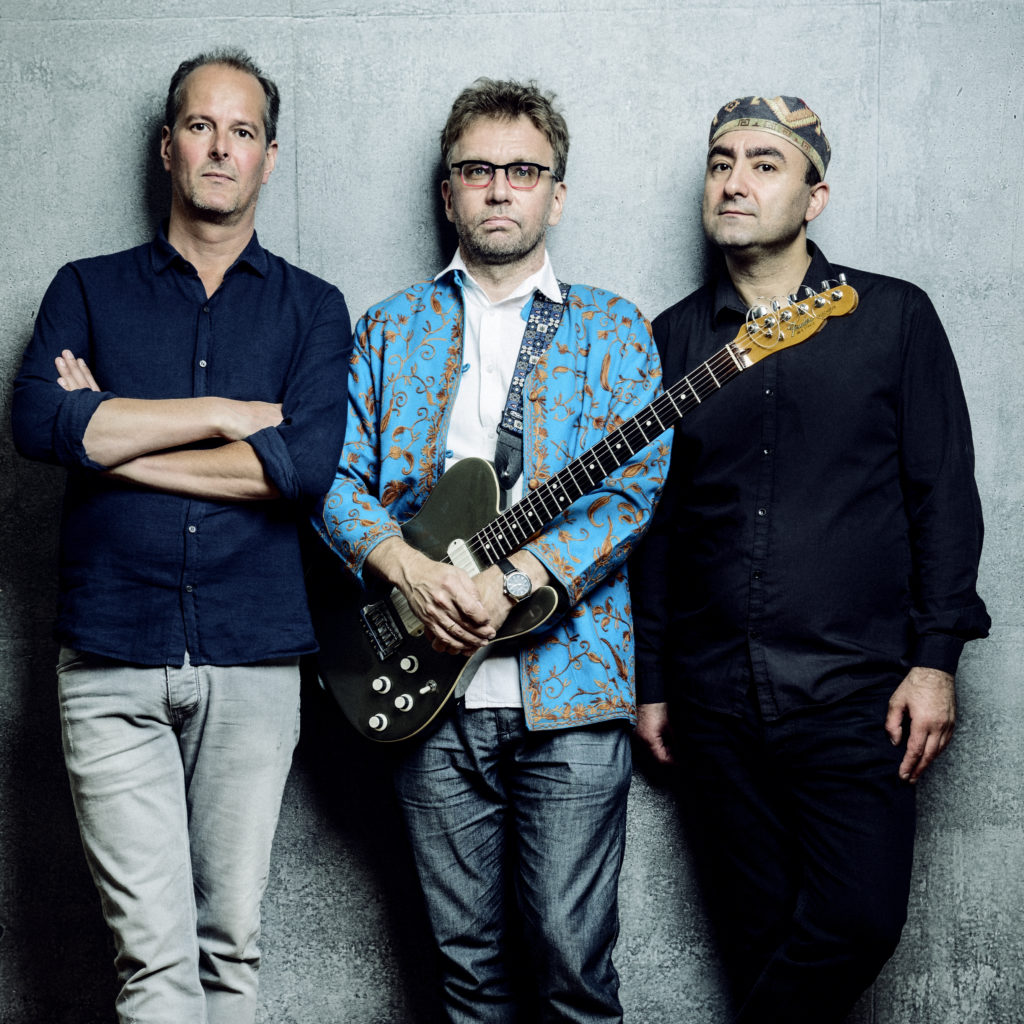 Estonian guitarist Jaak Sooäär, Armenian/Estonian double bassist Ara Yaralyan and Finnish drummer Markku Ounaskari established the trio in spring 2016. Since then they have performed in Germany, Switzerland, Italy, Estonia and Finland. The music of the trio is mostly focused on melody. The trio also performs Armenian music and some improvisations on themes by J. S. Bach. The trio released the debut album “A Shooting Star” on German label O-Tone Music in October 2018 and their second album “Goodbye July” was released by the same label on October 2020.

Jaak Sooäär is one of the most active jazz musicians of the Baltics, who has performed with Ray Anderson, Anders Jormin, Han Bennink, Will Calhoun, Dave Liebman and Vladimir Tarasov among others. Ara Yaralyan is know of his work in Kari Ikonen Trio, he has also collaborated with Ingrid Jensen, Vardan Ovsepian and Verneri Pohjola to name a few. The most well-known member of the trio is Markku Ounaskari, who regularly collaborates with artists such as Arve Henriksen, Anders Jormin, Nils Petter Molvaer, Trygve Seim, Markus Stockhausen, Tore Brunborg, Mats Eilertsen and Lena Willemark and appears on several ECM albums.